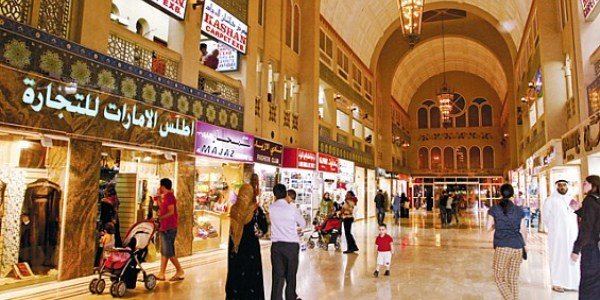 Sharjah, located on the northern coast of the picturesque Persian Gulf, is the third largest and third most populous city in the United Arab Emirates.

The city has been ruled by the Al Qasimi dynasty since the late 18th century and now functions as a perfect blend of east and west with towering minarets swaying alongside pinnacled glass offices.

As can be expected it is only a short distance away from glittering beaches.

Sharjah has grown rapidly in the past century and those looking to experience the modern Sharjah just head down to the Al Majaz Waterfront.

The waterfront is the crown of Sharjah hosting music shows, light shows and firework displays in the evenings alongside its beautiful fountains and against the imposing skyline.

You can hire a bicycle to travel around the breadth of the waterfront or you can take it in from one of the many good restaurants that service the area.

A great place to take the kids is Sharjah Aquarium just off Al-Kahn street and not far from Al Majaz Waterfront. Most major cities boast an aquarium but the Sharjah Aquarium is arguably of a different sort.

It is a beautiful architectural piece in its own right but it also hosts an unrivalled amount of marine life and a marine museum within its grounds for those with a thirst for knowledge. Tickets are inexpensive and this could make a welcome break from the Sharjah heat in the heights of summer.

If you’re still after wildlife then Sharjah’s Arabian Wildlife Centre on Al Dhaid Road could be perfect. For a small entrance fee you can enjoy the wildlife museum, the parks, ample parking and, of course, the wildlife centre itself which hosts a plethora of endangered species from around the Middle East and beyond.

Luckily, the wildlife centre is inside, so in the blistering Sharjah heat you can still make a trip to see the animals.

There’s so much to see in Sharjah’s Museum of Islamic Civilisation that it could take days, maybe weeks. Exceptionally diverse, and highly informative, the museum charts the rise of Islamic civilisation in the Levant from the 7th century to the present day.

It is only a few Dirhams to enter and, with the recent destruction of Islamic artefacts and culture on-going elsewhere, this is the perfect time to visit and appreciate what the emirate of Sharjah has preserved.

The royal family of the UAE love their cars. The Sharjah Classic Car Museum attests to this with a motley of cars from the earliest models in the early twentieth century to the petrol-guzzling powerhouses of the modern era. Located on Al Dhaid Road, this would make a perfect compliment to a morning or afternoon at the Arabian Wildlife Centre.

Even if you’re not a car fanatic there’s plenty to see and do and, like many attractions in Sharjah, the entrance fee is very reasonable.

• Al-Mazaz Water Front, situated in the heart of Sharjah, is one of the most important attractions in Sharjah; center of social life, place good for walking, jogging, and just hang out with friends, family, kids.

• Sharjah Aquarium is a very good collection of marine life and very well maintained. It’s a must visit place if you are in Sharjah.

• Museum of Islamic Civilization it’s a good choice to visit and learn the history of Islam and also about the Arab Culture and history.

• Arabian Wildlife Center it’s a unique zoo, on route Dibba, located outside of Sharjah. Even if you are inside a A/C and the animals are free in the natural sun light, you can still feed them.

• Al Noor Mosque one of the best in Sharjah. Landscaping near by the palm trees in waterfronts makes it the right place for an evening with family.

(This page was viewed 99 times today and shared 1 times)