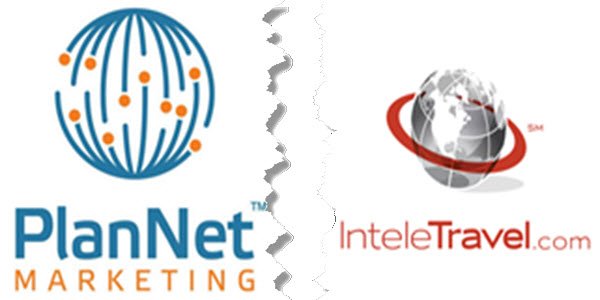 Something that you will probably begin to hear a lot of this year is the PlanNet Marketing Intele Travel Home Travel Business Opportunity. These are actually two different companies offering two opportunities that work together. It sounds interesting initially but here are the details.

I had an invite recently to attend a seminar which revolved around me setting up my own Home Travel Business. I could work my own hours and would have a website set up for me which had some super holiday deals on it. The idea being I would refer people to these holidays and receive a healthy commission for doing so. It sounded idea so I went along.

It wasn’t long into it when I realised that this opportunity was nothing like the one I was expecting. They spent about ten minutes mentioning the website opportunity and then proceeded to ‘sell’ the second opportunity. Which in a nutshell was getting other people on board and receiving even bigger commissions for doing so.

Here’s how the two opportunities work:

Essentially, PlanNet Marketing offers their affiliates a form of custom website for booking different travel packages from. Each time a trip is booked through this site commission is received. The whole website side of things is setup and managed by Intele Travel.

The problem is the actual website you are given is very poor with limited holidays on it. It is pretty awkward to work your way around it and takes a bit of digging to actually find the holiday you are looking for. It is basically a sub site of Intele Travel’s main site and has your affiliate link attached to it. So every affiliate has exactly the same site with the same layout and only a different name at the top.

They were also a bit vague about any earning potential from these websites and when I asked one of the presenters directly how much she was making from her website she couldn’t tell me. The only answers I received were “Well it varies…” and “It all depends…”

This was a shame as I believe someone setting up a genuine Travel Agent Home Opportunity could really be on to something and would gain a lot of real interest.

PlanNet Marketing prefer to call their affiliates ‘Agents’ and they state that their agents are able to book travel destinations for their clients on their own basis, and that they can essentially work as often or as little as they’d like to.

However, in order to sign up as an agent for PlanNet Marketing, you’ll be required to invest an initial payment of $199. Following this payment, agents will be required to pay a monthly membership fee of $39.95.

Now we were told you could have your Travel website business and just work on that or you could also join the second part of their business where the real money is made!

When it comes to making serious money with PlanNet Marketing, affiliates are required to recruit new individuals to join the Travel Business Opportunity, as well as maintain an active line of what PlanNet Marketing calls ‘Intele Travel Affiliates’

So in simple terms you sign up to become an Intele Travel Agent and whoever signed you up receives a commission for doing so. You can then try and sell holidays from your website but will soon realise that this is a pretty poor setup and you are getting nowhere. Bear in mind for each month you are paying for this privilege the person that referred you also getting paid and the one above them too.

You can either quit or you can pay a bit more and become an Intele Travel Affiliate yourself. This means you can now also refer others to the program and get paid for doing so. And to get you to do this PlanNet Marketing and Intele Travel offer some pretty mouthwatering commissions.

They use a pretty confusing sounding matrix system which I won’t go into but in short you get paid commissions several people down the line. A pretty common setup in Multi-Level Marketing and Pyramid schemes. To keep you motivated they offer a series of bonuses.

One of the multiple bonuses that PlanNet Marketing pays out goes by the name of the Gold Builder Bonus.

This bonus is paid out through a common Unilevel system, and affiliates can qualify for a spot in the Gold Builder Bonus by signing up as an Intele Travel Agent, and then recruiting 9 other people to do the same thing.

Once an affiliate is qualified to take part in this bonus, they’ll be able to earn an extra commission of $10 each and every time that someone in their Unilevel team is able to sell a membership for the Intele Travel Agent program.

The second bonus that’s offered is called the Director Bonus. In this case, the bonus is paid out as affiliates in PlanNet Marketing recruit and maintain so many affiliates who sign up as Intele Travel Agents.

Of all the bonuses that are offered, the Rank Achievement one is perhaps the most interesting.

Once affiliates for PlanNet Marketing earn a certain dollar amount each month, they’ll be awarded with a reward.

For example, earning $8333 each month will allow you to snatch up a Sapphire ring. However, if you get that commission all the way up to $41,667/month, you’ll be eligible to receive a Diamond ring.

In order to join the basic affiliate program that is offered by PlanNet Marketing, you’ll be required to shell out a monthly fee of $19.95.

So Is PlanNet Marketing A Scam?

Well it may not be a scam as such because you are initially being offered a Travel Business Opportunity albeit a pretty poor one. However the reality is that the travel website is more of a ‘front’ to get you onboard and then take you down the Affiliate route to recruit further members.

That is when this becomes nothing more than another Multi-Level Marketing (MLM) scheme. The whole emphasis is on recruiting others into the scheme rather than actually selling any holidays.

The end result of this whole process is that everyone is trying to recruit everyone else without any real product at the heart of it.

I would advise staying well away from this one. There are far better ways to earn an income online.

(This page was viewed 729 times today and shared 1 times)