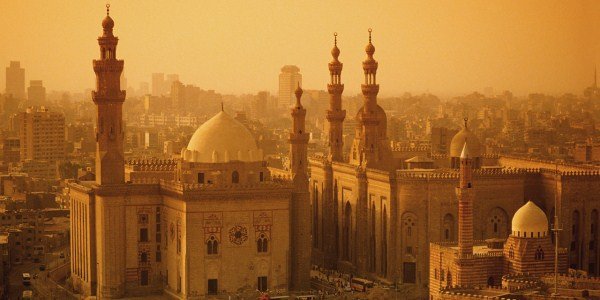 The capital city of Egypt and the largest city in the Middle East, Cairo was founded in the 10th century by the Fatimid dynasty but remains associated with Ancient Egyptian civilisation due to its proximity to the ancient cities of Giza, Memphis and Fustat.

The name ‘Cairo’ is supposed to be a corruption of ‘Khere-Ohe’ meaning ‘The Place of Combat’ because of the former belief that two gods, Seth and Horus, did battle there. With a population of 6.76 million, it is a thriving metropolis with plenty of things to do aside from the obvious historical attractions.

The Great Pyramid of Giza is surely number one on the list for any visitors to Cairo. It is the oldest and largest of the three extant pyramids having been constructed by slaves around 2650 BC.

What’s more the Great Pyramid is the oldest and only surviving wonder of the ancient world. The Grand Gallery, King’s Chamber and Queen’s Chamber are all wondrous sights though these days tourists enter via the so-called Robber’s Tunnel carved in 820 AD. If, like Julius Caesar, you can’t handle the Egyptian heat then there are also night shows where you can visit the Great Pyramid and enjoy a light show within its proximity.

It is recommended that you book with an official tour guide beforehand avoiding the many touts who dog the entrance to the site. Amazingly, it is just a 30 minute drive away from the centre of Cairo.

If you’re after something a little different why not try the House of Cooking on Ezz El Din Taha street in the vicinity of Genena Mall? Mona and Anwar, the friendly chefs, will teach you how to cook just about anything though obviously you may want to learn some traditional Egyptian dishes.

No competence in cooking is required, just that you’re willing and able to have fun. It’s a cosy, comfortable and friendly place where you can while away an afternoon or evening cooking for your guests.

The Great Sphinx of Giza is second in fame only to the Great Pyramid. Known as Abu al-Haul in Arabic, ‘The Terrifying One’, it was built some 4000 years ago in the Old Kingdom. It stands on the Giza Plateau just a short 30 minute drive away from the centre of Cairo.

As with the Great Pyramid it is recommended that you hire a tour guide before reaching the site so that you aren’t mobbed by touts. If you’re hoping to get some photos of the Sphinx the best time may be in the evening when it is slightly less busy.

For a relaxing evening in the city bounds try Al-Azhar Park. To the east of the Nile and just off Salah Salem Street the park is the perfect place to visit at sunset for a cooling breeze after a long day in the heat and haze of the capital. It will cost 10 Egyptian (current rate) pounds to visit as a non-Egyptian but the peace and quiet with children playing and families picnicking beneath the trees is worth the price.

• Gizeh Pyramids— huge structures built of brick or stone, some of which are among the world’s largest constructions.

• Citadel is one of the highest points in a plane city, being the best place to have a general look over town.

• Mohamed Ali Mosque, on the South side of the main courtyard of the citadel is definitely one of the citadel’s main attractions.

• Islamic Cairo, often referred to as Fatimid Cairo, is extremely fascinating, as this part of the city has changed little in perhaps 500 years.

• Al-Azhar is one of Cairo’s most historic places. It is a mosque, university and cultural center.

(This page was viewed 99 times today and shared 1 times)