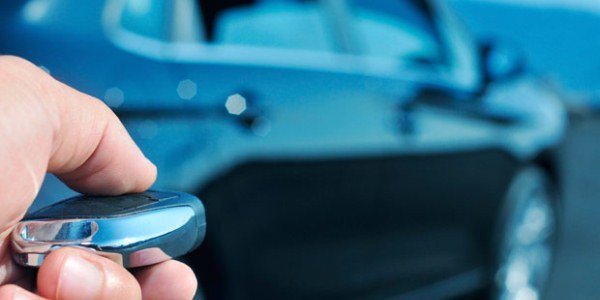 A recent article from the Daily Mail Online regarding some top stolen cars found in Uganda made me recall a recent incident at a friend’s car showroom where he had a car stolen in what seemed like a pre-planned theft.

A ‘customer’ had come in the day before showing interest in an Audi A5 on the forecourt outside. As per usual the vehicle was opened up and he was left to look around it at leisure; a perfectly normal scenario in any car dealership. He even had a sandwich and chatted happily with the salesman for around twenty minutes saying he would be back later in the week for a test drive.

The next afternoon another salesman noticed that a customer was looking at the Audi A5 and the car seemed to be open. Thinking maybe it had been left unlocked he went out to check and to see if the customer needed any help. As he approached the vehicle the customer jumped in, started the car and sped off.

From the salesman’s description it was the same chap as the day before. He had apparently downloaded relevant data from the car onto an iPod or similar device and then simply uploaded this onto a blank key which could then be used to simply open and start the car.

The story from the dailymailonline.com is as follows:

Detectives tracing a Lexus stolen from London have ended up tracking it to Uganda – where it was found alongside a fleet of British cars worth more than £1 million.

The £50,000 SUV was fitted with a state-of-the-art tracking device, which activated as soon as it was taken from outside a property in west London.

As a result the National Crime Agency was able to use a smartphone app to trace the journey of the stolen RX450h 6,000 miles to the Uganda capital Kampala, where they were stunned to find it alongside 28 other luxury cars which had been stolen from the UK by the car-smuggling gang.

Luxury right-hand-drive cars are in great demand in land-locked Uganda, where locals still drive on the left as part of the British colonial legacy but import companies struggle to transport new vehicles

It was then shipped to Mombasa in Kenya before being transported by road to Kampala – where locals drive on the right-hand side – in a steel container.

The tracking app even allowed police to identify how corrupt officials in both Kenya and Uganda, infiltrate the criminal syndicate and understand its operation.

KEYLESS CAR CRIME ON THE RISE

Thieves are able to bypass security by using equipment intended only for mechanics – while manufacturers try to stay one step ahead by updating software.

‘Working with the police and security services in Kenya and Uganda, we have been able to dismantle an international criminal network that has been responsible for stealing high-value cars from the UK and exporting them to East Africa.’ – Paul Stanfield, National Crime Agency regional manager

It is believed that all of the stolen vehicles were equipped with keyless ignition, which the criminals managed to breach by using reprogrammed keys to start the cars up and drive off.

Car manufacturers, insurance companies and police forces are facing an uphill battle against the sophisticated method.

Since the start of the year, more than 40,000 cars have been stolen in London with a quarter of these using keyless technology.

In upmarket Kensington and Chelsea, officers are now stopping high-end vehicles being driven in the area after midnight, when many vehicle thefts take place.

The car-smuggling ring was broken up by both Mr Stanfield AND THE National Crime Agency, with technology provided by APU Ltd.

‘Having seen how private and public sectors have worked hand-in-hand so perfectly during this investigation, I am in no doubt what it means for the success of future operations and the importance of collaboration and looking at organisations like APU,’ Mr Stanfield said.

The fleet of stolen cars, mainly made up of Range Rovers, BMWs, Audis and other prestige makes, is now in the process of being shipped back to the UK

(This page was viewed 91 times today and shared 1 times)