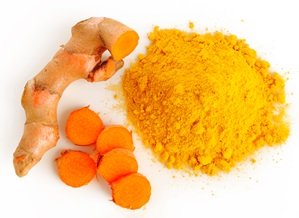 Also known as Indian saffron, turmeric is a yellow/orange powder that comes from the root of the Curcuma longa plant and belongs to the ginger family.

To prepare the turmeric from the plant, the roots are boiled and then dried before being crushed into the powder that we are familiar with.

The name turmeric comes from the Persian word ‘saffron’, the yellow/orange colour. It has a pepper like aroma and a sharp taste.

The origins of turmeric

Turmeric was first used for medicinal purposes more than four thousand years ago in Southern Asia in countries like India, Indonesia and some Pacific Islands including Hawaii

The uses of turmeric

For thousands of years turmeric has been used for beauty purposes some which include:

As an exfoliator, turmeric is wonderful for removing dead skin from the skin. To prepare the exfoliator, mix turmeric powder and yoghurt and apply the paste to your skin. Leave it on until it dries and then wash it off with cool water. It leaves your skin glowing and looking youthful, while also removing stretch marks.

Turmeric also reduces facial hair. Mix half a teaspoon of turmeric powder with a tablespoon of flour and some water. Apply it to your face and repeat this for a month. You’ll start to notice the difference.

It is used to moisturize your skin taking care of dry skin. Mix a spoon of turmeric powder with a teaspoon of honey and apply the natural moisturizer to your face. Let it rest for fifteen minutes and the wash it off.

It reduces the weakness in skin cells by strengthening the skin and thus acts an anti-aging agent. Mix turmeric powder with rice powder, milk and tomato juice. Apply the paste to your face and neck and leave it on for thirty minutes. Rinse it off with lukewarm water.

Curcumin is an ingredient in turmeric which makes the powder so effective in treating several ailments. Some of these are:

Turmeric is used for:

Natural food preservative which can be used to preserve fish, meat and chicken to make them last longer.

As a spice for its flavour ad can be used in food, such as curries and also to flavour tea.

The health benefits of Turmeric

Curcumin, found in turmeric, helps to fight cancerous cells by interfering with their growth and inducing cell death.

Turmeric has always been found to enhance chemotherapy by helping to suppress tumours. It also makes cancer cells more susceptible to chemotherapy and also protects healthy calls against the toxic effect of chemotherapy.

Aromatic turmerone, a compound found in turmeric has been shown to promote the repair of brain stem cells. These cells help in the recovery of degenerative diseases such as Alzheimer’s and Dementia.

The herb has been shown to induce cell death in brain tumour patients, especially for a type of tumour that is resistant to chemotherapy and radiation.

Turmeric also treats digestive problems such as gas and constipation.

Curcumin has powerful antioxidant effects, and it neutralizes free radicals in the body, responsible for painful joint inflammation.

The antioxidant has been compared to painkillers such as ibrufen for pain relief and works in the same way.

Turmeric contains natural agents that block the formation of beta-amyloid, responsible for the plaque that forms on the brain cells and causes lack of cerebral function in people suffering from Alzheimer’s disease.

Curcumin contains anti-cancerous properties and is thought to protect against various types of cancers such as breast, colon and prostate cancers.

It is believed to interfere with the development, growth and spread of cancerous cells.

from damage from alcohol and fatty foods.

Lowers your risk of heart disease

Curcumin in turmeric improves the function of endothelium. This is the lining of the blood vessels, and when it is inefficient by not regulating blood pressure, blood clotting etc., you’re at risk for heart disease.

It also reduces oxidation and inflammation due to its antioxidant properties.

People diagnosed with pre-diabetes conditions can benefit greatly from turmeric due to its anti-inflammatory and antioxidant properties. It delays the onset of Type 2 diabetes.

It also helps to regulate insulin levels in the blood, though as a precaution, it advisable to consult your doctor if you’re a diabetic sufferer before using turmeric for medicinal purposes.

Cystic Fibrosis is a fatal illness that causes the lungs to be filled with thick mucus, and leaving suffers susceptible to numerous infections which can be life threatening.

The mucus also attacks the pancreases, affecting the ability of the body to digest nutrients.

The illness is caused by gene mutations, where the chloride builds up in the cells, which leads to mucus production.

Studies show that Curcumin in turmeric corrects these mutations and stops the build-up of mucus.

(This page was viewed 883 times today and shared 1 times)