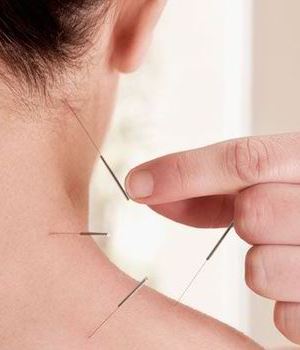 Acupuncture is a type of alternative medicine that promotes healthy functioning of the body and natural healing. The treatment is done by inserting very thin needles in the body at particular points and applying heat, pressure or electrical simulations. Acupuncture is one of the major components of traditional Chinese medicine (TCM) and is often used to relieve the users of various bodily pains.

Acupuncture is believed to have its origins in China. Though the actual time period of its origin is a subject of argument by experts, the first documented usage of Acupuncture dates back to around 100 BCE and was recognized in The Yellow Emperor’s Classic of Internal Medicine.

It is thought that the methods had been in use for a few centuries leading up to the publication of the book and had been handed down through the generations as a natural healing remedy. Experts believe that methods quite similar to Acupuncture were used before that in China with some vague evidences leading back to 6000 BCE.

The centuries following the publication of The Yellow Emperor’s Classic of Internal Medicine saw a rise in the development of Acupuncture therapy. It slowly became a popular form of therapy in China. Eventually, all the Acupuncture points of the human body were recognized and in the fifteenth century, bronze statues marking the points were made.

Modern Acupuncture is derived from the publication The Great Compendium of Acupuncture and Moxibustion during the Ming Dynasty. The publication clearly describes all of the Acupuncture points through which the needles can be inserted in order to improve the Qi energy flow.

The popularity of Acupuncture declined around 1822 in China when it was written off as unscientific. However, it was still used in rural parts of the country by healers. Later, after the Communist government was formed in 1949, Acupuncture and other traditional treatments were brought back to the masses, and Acupuncture research centers were founded around the country.

Acupuncture spread throughout the world at different times. In Western medicine, Acupuncture is now commonly used alongside other forms of treatments.

How does Acupuncture work?

The traditional Chinese belief was that the body has particular channels through which the energy flows, known as meridians. The meridians supply energy to different body parts and tissues, leaving the parts replenished. Acupuncture treatment uses the aid of thin needles through specific Acupuncture points to clear out any obstacles in the meridians.

Modern science, however, proposes a more logical explanation. The insertion of needles through the aforementioned Acupuncture points leads to the releasing of some chemicals in the body by the nervous system, especially in the brain, spine and muscles. These chemicals and hormones eventually work to heal the body. Thus the natural healing process of the body is promoted.

One regular question people ask about Acupuncture is whether or not it hurts. As needles are inserted in the body, it is understandable to have such worries in mind. However, most people experience only a small pain during the insertion of the needles. Many others don’t feel any pain or discomfort.

But after the needles have properly been placed inside the body, no pain is experienced. This is because the Acupuncture needles, unlike hypodermic needles, are solid and very, very thin. So when it is inserted, it does not hurt as much as the hypodermic needles which are used for blood sampling.

There are few chances of bruising afterwards, and no chance of any infections, given that the needles are properly sterilized and the therapy is performed properly by a trained practitioner. Similarly, first time users may experience a mild discomfort, but that sensation passes pretty quickly.

What are the benefits of Acupuncture therapy?

Though Acupuncture is practiced with varying approaches, it has a wide range of applications. It actively influences good health and healthy living. It is known to be the treatment of many different medical conditions. Moreover, it can also prevent some illnesses.

Most of the time Acupuncture is used to relieve the patients of pain and that is why it is so popular. Pain such as headaches, neck pain, low back pain, frozen shoulder, arthritis, etc. can be cured by this therapy. However, the application of Acupuncture is not limited to treating pain. It can be used parallel to other forms of medical treatment for the best results. In fact, Acupuncture is recognized by the World Health Organization as an acceptable form of treatment of many common illnesses.

Digestive ailments such as constipation, diarrhea, gastritis and hyperacidity can all be cured by Acupuncture. Sinusitis, asthma, chest infections, sore throats, bronchitis and various other respiratory diseases can also be treated with Acupuncture. The therapy is also known to be an effective tool too in the treatment of various reproductive, menstrual and urinary disorders.

Other than these, Acupuncture therapy can be used for insomnia, hypertension, anemia, allergies, etc. Its soothing and relaxing effects are often employed by practitioners to provide emotional and psychological balance to the patients of anxiety, depression, etc. Moreover, Acupuncture can be used for treating addiction to nicotine, drugs and alcohol.

To enjoy the complete benefits of Acupuncture, it is suggested that you go to professional and trained practitioners. Do not eat a large meal prior to the treatment. You should also not go through any heavy physical activity such as exercising and refrain from sexual activity before the therapy.  Afterwards, you should relax. You must inform the practitioner of any other medical conditions you have before starting the procedure. Rest assured, Acupuncture is a safe form of treatment.