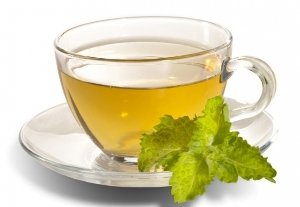 Green tea has been around for thousands of years but it is only recently that it gained popularity. The difference between green tea and the normal black tea is in the processing of the leaves and the variety of the tea plant. Both types of tea come from the same species of plant, which is Camellia sinensis.

It is also preferred because it has undergone minimal oxidation during processing. When black tea leaves are harvested, they are allowed to oxidise, which turns the colour of the leaves from green to brown or black. They are then heated and then left to dry.

Green tea on the hand is gently steamed to stop the leaves from reacting with the oxygen in the air. The leaves are the rolled into shape, dried and then rolled again, before being died one more time. That way, they retain their natural green colour. When brewed, green tea ranges from yellow to green to light brown.

Where did green tea originate?

Green tea is believed to have originated from China more than three thousand years ago. In fact, when the Chinese refer to tea, they mean green tea, rather than the black tea other people usually mean. Initially, the leaves were eaten raw by chewing on them but over time, the Chinese people began immersing them in boiling water to flavour regular water.

From China it spread to Japan, where Buddhist monks grew it in the ninth century. A hundred years later green tea spread to most of Asia and Europe and finally to America around the 16th century.

Green tea undergoes significantly less processing than black tea and thus retains most of its antioxidants and nutrients. These benefit the body in several ways.

The biggest cause of death worldwide is said to be cardiovascular diseases which include stroke and heart disease.

Studies have shown that regular consumption of green tea can significantly reduce the risk factors associated with cardiovascular disease, such as high cholesterol. Green tea lowers cholesterol because of the catechins in the tea. The antioxidants in green tea also help to arrest toxins in the body and also lower blood pressure, all of which contribute to cardiovascular disease.

Green tea is packed with antioxidants which destroy free radicals and toxins in your body. Cancer cells’ rapid multiplication is aided by these toxins and radicals, therefore drinking green tea can reduce your risk of cancer.

The components of green tea are what make it beneficial to the overall health of a green tea drinker. It contains:

One of the components of green tea is caffeine (though in much smaller quantities than found in coffee), which is a stimulant. Another component which works with the caffeine is L-theanine, a neurotransmitter. Caffeine and L-theanine increase brain activity such your mood and memory.

Decreases the risk of Alzheimer’s, Parkinson’s and dementia

Type II diabetes is caused by increased blood sugar levels and the inability of the body to produce insulin or the body’s cells are not sensitive to the insulin. Green tea improves insulin sensitivity. Green tea drinkers also have a much lower risk of developing Type II diabetes in the long term.

The antioxidants and caffeine in green tea help drinkers in losing weight because they prevent fatty acids from being converted in fat cells. Green tea also boosts the body’s metabolism thus ensuring that the body uses us most of the nutrients as opposed to storing them.

In addition to being cheaper than regular mouth wash, green tea prevents tooth decay more effectively and gives green tea drinkers fresh breath. The catechins in the tea kill bacteria in the mouth and inhibit viruses which can cause infections.

The cause of plaque in the teeth and decay is the bacteria streptococcus mutans. Catechins in green tea inhibit the growth of these bacteria.

As we age, the cells responsible for the growth of new bone do their jobs less effectively, and you become prone to osteoporosis. Green tea protects these cells that produce bones and also increases bone density. Asian women are known to have significantly less cases of osteoporosis than their western counterparts. The reason behind this is that women from the Asian countries consume much more green tea which enhances bone health.

Green tea improves the health of your liver

Drinking moderate amounts of green tea can reduce the risk of liver disease. Green tea improves the functioning of the liver by removing toxins as well as blocking fat stored in the liver which can lead to liver disease.

However, as helpful as green tea is when drunk in moderate quantities, the reverse is also true. Over consumption of green tea can also harm your liver. Green tea drinkers are advised to stick to the tea itself rather than supplements and powders.

(This page was viewed 686 times today and shared 1 times)