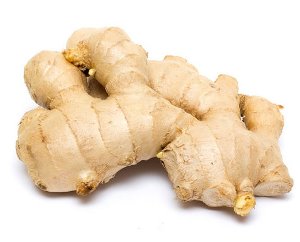 The spice ginger comes from the stem of the plant Zingiber officinale, the derived from the Sanskrit name meaning ‘horn shaped’.

The flesh of the ginger stem is white, yellow or red in colour. The spice has an aromatic and biting taste and is usually used to flavour bread, curries, sauces, rice and in a variety of other dishes.

It can be used fresh, dried or powdered or even as a juice.

The origins of ginger

Ginger was first used in China and India in ancient times and then spread to the Mediterranean region. By the eleventh century, its use had spread to England after which it spread to Spain and the rest of Europe.

The top producers of ginger today are India, Fiji, Jamaica, Indonesia and Australia.

The uses of ginger

Ginger is used for a variety of purposes such as:

Ginger soap is made using ginger oils and does not contain any additives or artificial fragrances. The soap is good as a cleanser and it also improves circulation of the blood, leaving the skin glowing and healthy.

The fragrance of the ginger leaves a lingering fresh smell on the skin.

For medicinal uses, ginger is effective for:

Ginger is a natural product that can be incorporated into your beauty regime for:

Foot soak to relax the muscles in your feet. Simply add a little crushed ginger to a spoon of mustard and then pour it into the warm water and soak your feet.

Get rid of the white scars in your skin by dabbing fresh ginger into the white scar and leave it overnight. After a week or two you’ll start to see an improvement.

Massage your tired muscles. Combine crushed ginger with almond or olive oil and place them in a jar. Shake the ingredients thoroughly. Let the mixture sit for five days and after that it’s ready to be used.

Ginger is used to spice up dishes such as sauces, vegetables and rice.

Make ginger lemonade by mixing freshly grated ginger with lemon juice and you have a cool drink to cool yourself down during hot weather.

To tenderize meats and also to add flavour. Rub fresh ginger to meat before grilling and this will ensure that the meat is soft.

When combined with green apple and lemon, ginger juice is very taste as well as full of energy.

Make ginger tea by boiling fresh ginger in water and then using that water to make tea.

Ginger has been shown to slow down brain cells that precede Alzheimer’s disease. The preservation of these cells ensures that you remain protected from the disease.

In addition to that ginger affects the brain directly by improving your memory and reaction time.

Ginger prevents the accumulation of toxins in your body by opening up lymphatic system, which would otherwise leave you susceptible to infections.

It is also used as a natural remedy for colds and flus because it contains anti-toxic, anti-viral and anti-fungal properties.

Ginger facilitates digestion by improving the absorption of nutrients from the food that you consume.

It also regulates sugar levels that may interfere with digestion. The herb is also an appetizer whilst preparing the digestive system to receive food.

Ginger also helps to break down the proteins in food consumed.

Studies have shown that ginger reduces tumours and the growth of cancer cells, without harming the healthy cells.

Treatment of ovarian cancer in particular has been linked to ginger. It has been shown to cause cell death of the cancerous cells.

Ginger is a fat burner in that it helps you to feel full for longer periods so that your urge to snack diminishes.

When losing weight, ginger ensures that what you lose is actually fat rather than water.

Ginger is a natural pain killer and can be incorporated into tea or just boiled water and taken as a drink to ease cramps.

It gives instant relief from the pain.

Ginger has been shown to inhibit Helico pylori bacterium, associated with ulcers. The herb also works to inhibit existing ulcers.

The anti-bacterial qualities in ginger help get rid of the ulcers. Mix honey with crushed ginger and drink the mixture twice a day.

Ginger increases the release of insulin and helps the body to be more sensitive to insulin, especially in Type 2 diabetes where the body does not respond well to insulin.

It also inhibits enzymes during the metabolism of carbohydrates.

Ginger helps to reduce protein levels in urine and decrease excessive urination, at the same time reverses kidney damage caused by too much protein in the urine.

Ginger contains antihistamine properties which help with allergy related ailments such as asthma and bronchitis.

It also eases problems related to a cold such as sore throat and persistent coughs.

Ginger helps in the secretion of mucus and it gets rid of congestion in the nose and throat.

(This page was viewed 606 times today and shared 1 times)