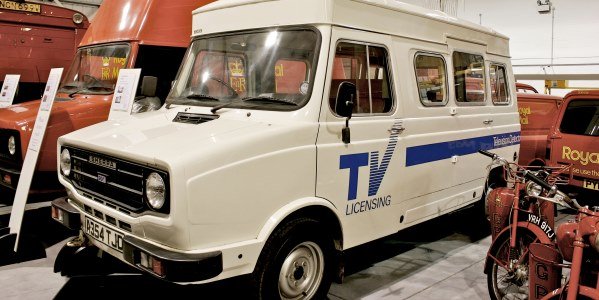 Inside a TV Licence Detector Van

Some of you may be a little too old to remember the old TV licence detector vans that used to drift around the country, up and down the streets, causing all the licence dodgers to lock their front doors and close the curtains! But what were these vans really all about and what actually went on inside a TV licence detector van?

Well, let me enlighten you. Back in the day I used to work for the GPO, the old Post Office to the younger readers on here. We had a big four storey building of which three floors were ours and the top floor was used by the TV Licence Agency.

It was from here they would regularly send out these much feared vans with the big aerials sticking out the top to go about their ‘detecting’ business. They would return at the end of the day with the drivers heading back upstairs to, I guess, report the day’s events.

I was fascinated by these vans and when they approached the GPO to ask if we could spare some drivers to help them out I jumped at the opportunity. Not so much for the extra wage but more because I really wanted to know how they operated. The reality soon turned out to be a little different to the hi-tech setup I had imagined.

On my first trip out I was given details of the area I would be covering that day along with a map. I would be driving with a ‘highly trained technician’ monitoring the equipment in the back.

My instructions were pretty straightforward: Park at the junction for twenty minutes or so where everyone could see us and then drive slowly down the street pausing every so often.

This was repeated for all the streets until the whole nominated area had been covered at which point we would return to base.

The vans had quite a long aerial sticking out the top which then came into the back of the van and connected to the equipment inside. The equipment itself looked quite impressive. In fact it looked like something out of Dr Who! A mean looking machine with flashing lights, dials and various cables connecting to God knew where.

I was patient until around 11.00 but then just had to ask the chap in the back “So come on then tell me, how do you know who’s got a licence and who hasn’t?”

His answer was not one I was expecting “we can’t!”. He then went on to explain.

The contraption in the back could only pick up TV signals from the approximate area but not pinpoint which house or even, at times, which street they were in.

The idea was that the mere sight of the TV detector van would be enough to get the guilty parties worried. Worried to the point where they would end up buying a TV licence. It was genius.

When we got back to the office the driver took me upstairs. “Take a look at this” he said handed me a report “it shows the number of people purchasing TV licenses in the area a week after we had been there”.

And it worked. The report showed a substantial increase in licences purchased in various areas immediately after a detector van had been surveying the area. I couldn’t believe it. To me it was a con however having signed a disclaimer prior to taking on the job meant I couldn’t say a word about this to anyone.

These days it works differently as there is computer data showing exactly who has purchased a TV licence. This combined with the logic that pretty much every household has a TV leaves a pretty accurate database of who doesn’t have a TV licence.

These houses are then focussed on with constant letters and even visits. Having said that you are under no obligation to let a TV licence officer into your home. A double however though is that it is also the law to have a TV licence if you have a telly so stay law abiding.

I would be very surprised if the whole licence scenario isn’t done away with in the not too distant future although it may well be replaced with another money making scheme by the BBC!

(This page was viewed 331 times today and shared 1 times)