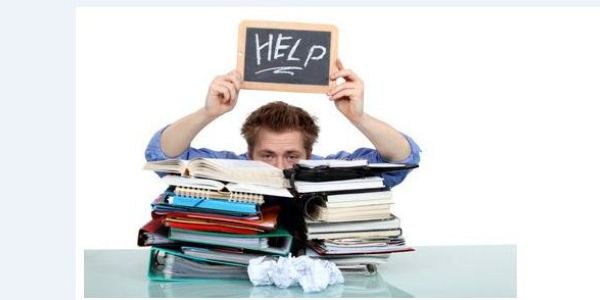 How NOT to Run a Business

Okay, now this post is based on my own recent experiences so as well as being of an advisory content it is also my chance to vent. Although I would stress to all new entrepreneurs and business owners take heed as there are important lessons to be learnt about how not to run a business.

We have a house we rent out and the most recent tenants moved out leaving various bits of work that needed doing. Nothing major mainly wear and tear issues. There were a couple of doors and locks that needed refitting, minor electrical work to the shower and lighting plus a double glazed window that needed replacing including a few window handles around the house that had broken.

Now I am always the first to encourage new businesses and individuals just setting out and saw this as an opportunity to help some local entrepreneurs by putting some business their way.

To make things as easy as possible I searched Yell.com for local carpenters, electricians and double glazing repairers. I decided to contact ones that were less than one mile away thinking it would be easier for them to come and quote and I was also prepared to work around them as I live only five minutes from the property. These were all self-employed individuals so I assumed they would be glad to have work so close to their own homes.

Lesson to myself don’t assume anything. What began as something that should have been an enjoyable experience and benefitted not only myself but also a few local tradesmen ended in one big disappointment.

Let’s begin with the initial phone calls. I rang eighteen tradesmen altogether and there were six that answered first time. This is totally acceptable as I appreciate most were likely in the middle of jobs.

However out of the remaining thirteen only three called me back! That’s less than a quarter. One of the biggest customer complaints of any industry is the fact that no one returned their call. There is no excuse for it. Even if you have a diary stacked full of customers a simple phone call to say thank you for the call and explain your position is all it takes to make a good (and hopefully memorable) impression.

Going back to the ones that did answer and those that called back not a single one introduced themselves in any professional manner. I had a mixture of ‘Hello’ ‘Yeah’ and ‘You called me’. Is this any way to attract customers? It certainly put me off.

These are basics. It only needs to be as simple as ‘Mikes Electrical Services how can I help?’ or ‘Hi this is Hussain the carpenter I just missed your call, how can I help?’ It really isn’t rocket science.

Not only was I disappointed but frustrated with the lack of basic telephone skills. No way at all to set-up and run your own business.

So I was left with nine potentials. Out of these nine only one was able to confirm a definite time with me to come round. Out of the remaining eight only two came back to me themselves and arranged a time to visit. The other six I had to call back.

Out of these six two arranged a time to come and view the job. Now I was down to five and then four as one rang back a few hours later cancelling on me stating that ‘the job wasn’t for him’. This guy lived literally two hundred yards from the property that needed the job doing!

Out of the final four two turned up. The first was a double glazing repairer that said he would come back to me the next day with a quote. I waited two days then rang him myself. He apologised and said he would text a quote over which he did. This was double what I expected to pay for the job.

The other was an electrician/plumber who came to look at a faulty shower. After about ten minutes he informed me that the shower was knackered and he would let me know the cost of a new one later that day.

He went on to say that it would be twenty pounds for the call out. I had to cut him short at that point stating that nowhere on his website or during our previous conversation had that been mentioned. He accepted this and did call me later with a price on a replacement shower.

Fortunately after he had gone I decided to have a fiddle with the shower wiring myself and somehow managed to get it working!

This was all a few days ago. As we stand now the shower is still working, I have found new tenants who have agreed to fix the doors and locks themselves and I still need a double glazing repairer.

The message her to all budding entrepreneurs is that whatever line of work you are looking to get into remember the basics. You are a business and customers expect a certain standard and professionalism from you.

If you are serious about building your reputation, customer base and referrals get the basics right. The good news from all this is that it if most small businesses are surviving without these skills you don’t really have to do that much more to be better than them.

(This page was viewed 77 times today and shared 1 times)